Your Brain on Gratitude 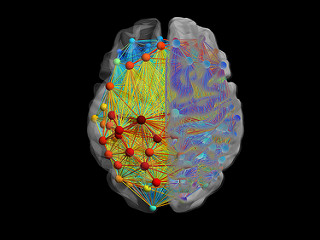 These easy to understand neuroscience explanations from The Upward Spiral, written by Alex Korb, Phd, explains the phenomenon.

The benefits of gratitude start with the dopamine system, because feeling grateful activates the brain stem region that produces dopamine. Additionally, gratitude toward others increases activity in social dopamine circuits, which makes social interactions more enjoyable…

Hello, gratitude! It boosts the neurotransmitter dopamine, just like Wellbutrin.

One powerful effect of gratitude is that it can boost serotonin. Trying to think of things you are grateful for forces you to focus on the positive aspects of your life. This simple act increases serotonin production in the anterior cingulate cortex.

Hello, gratitude!  It boosts the neurotransmitter serotonin, just like Prozac.

It’s the SEARCH for things for which to feel grateful about itself that reaps benefits.

It’s not finding gratitude that matters most; it’s remembering to look in the first place.

Remembering to be grateful is a form of emotional intelligence.

One study found that it actually affected neuron density in both the ventromedial and lateral prefrontal cortex. These density changes suggest that as emotional intelligence increases, the neurons in these areas become more efficient.

With higher emotional intelligence, it simply takes less effort to be grateful.

By no means am I suggesting to ditch prescribed anti-depressants.  Just think about what a powerful adjunct it would be to spend time in the gratitude zone.

This clever phrase was first coined in 1949 by Donald Hebb, a Canadian neuropsychologist.  He’s known for his work in the field of associative learning.

Hebb’s axiom reminds us that every experience, thought, feeling, and physical sensation triggers thousands of neurons, which form a neural network.

Chemical changes occur in these neurons, so that they tend to connect more strongly.

When you repeat an experience over and over, the brain learns to trigger the same neurons each time.

Neuroscientist Alvaro Pascual-Leone  compares the brain to a snowy hill in winter.

He uses this metaphor to describe how behavior creates changes in brain chemistry.

What this means in practical terms is that each time you repeat a particular thought or action, you strengthen the connection between a set of brain cells or neurons.

Neuroscience expert and psychologist Dr. Rick Hanson explains how the mind and brain are a unified system.

This means that you can use your conscious mind to make lasting changes to your brain to bring about greater well-being and happiness in your life.

We’re not stuck with the brain we’re born with.

In her book, Train Your Mind to Change Your Brain, author Sharon Begley explains,

“The power of neuroplasticity to transform the emotional brain opens up new worlds of possibility.

We are not stuck with the brain we were born with but have the capacity to willfully direct which functions will flower and which will wither, which moral capacities emerge and which do not, which emotions flourish and which are stilled.”

We all have a super power we can engage to have a happier life.

How will you shape your brain with own gratitude practice?  Check out this easy Gratitude Challenge so you can strengthen those gratitude muscles.