Busted: The Myth That Breakfast Is The Most Important Meal Of The Day - It’s Never Too Late Coaching Skip to content

Busted: The Myth That Breakfast Is The Most Important Meal Of The Day 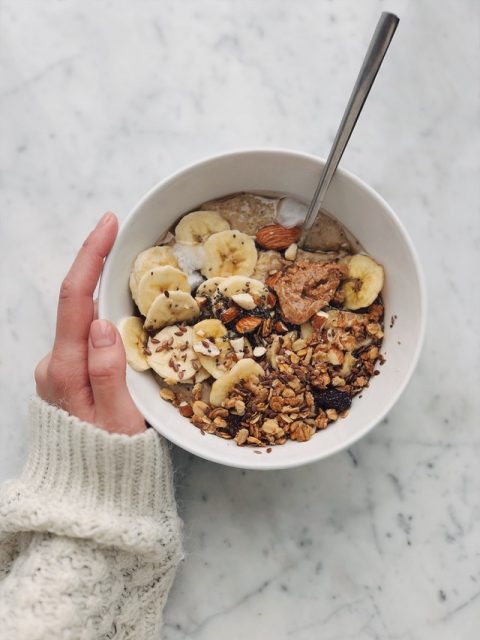 Is breakfast really the most important meal of the day?  What about the advice to eat like a queen at breakfast, a princess at lunch and a pauper at dinner?

For as long as I can remember, I’ve absorbed the message that breakfast is the most important meal of the day.

What about these beliefs?

It fuels your ability to focus and concentrate.

You need to eat every 3-4 hours during the day to keep your metabolism humming.

But do we actually need to eat breakfast to perform at our best?

On first glance, it appears that we believe we do.

In 2020, according to the marketing firm The NPD Group, people in the United States ate approximately 102 billion breakfast meals.  And 50 billion morning snacks.

Whether we eat it at home, a restaurant or a favorite take-out spot, we’ve definitely bought into this morning meal ritual.

So let’s press pause on breakfast.  Let’s check out what history reveals about this first meal of the day that breaks our fast.

Breakfast is such a familiar part of the daily routine that we assume it’s something people have always enjoyed.

But if we take a giant leap back in time, a different story unfolds.

As you might imagine, our cave dwelling ancestors had no idea when or where their next meal was coming from.  They hunted and gathered and ate sporadically.

Food was fuel for survival.

Our amazing bodies are still functioning with the same miraculous operating systems as when we roamed the earth in search of food and shelter.

As we humans developed “civilization” over thousands of years there was still no dictate that breakfast was the most important meal of the day.

It is a 20th century invention.

In medieval Europe, breakfast was not widely recommended.

Eating early in the day was only necessary for those who started work very early, or for the elderly and infirm.

The 13th century theologian Thomas Aquinas thought it a sin to eat too early in the day.  Eating before morning mass was frowned upon.  Fasting was a religious practice and breakfast literally means breaking one’s fast.

Historian Ian Mortimer suggests the Tudors invented modern breakfasts in the 16th century as a side-effect of inventing the concept of employment.

Once people began working for an employer, rather than working for themselves on their own land, their schedule was controlled by their employer.  They often worked long hours, even uninterrupted days, without sustenance.  A big breakfast allowed them to work longer days.  But in this example, breakfast was often their ONLY meal.

Heather Arndt Anderson, author of Breakfast: A History, told Huffington Post, “It was actually socially and morally frowned upon to eat breakfast until about the 17th century, with the reformation of the church.”

Fast forward another two centuries to the Industrial Revolution.  The move from farms to factories further formalized the idea of breakfast. Now we consider it totally normal to eat breakfast before going to work or school.

If we hadn’t invented the 9-to-5 work day, breakfast might not have become the hallowed institution we accept as sacrosanct.

So, what was the genesis of today’s pro-breakfast movement that convinced us that eating breakfast was the fast track to good health and well-being?

“Breakfast is the most important meal of the day” is an ingenious marketing slogan.

Dietitian Lenna Cooper is used this phrase in a 1917 article for Good Health magazine.  And, lo and behold, the very Michigan sanitarium directed by Kellogg and serving his cereal creation published that magazine.

Kellogg created his breakfast cereal in a religiously motivated effort to save us from our carnal impulses.

Kellogg invented this grain based cereal not only to promote general health and well-being, but also with a very specific medical agenda in mind.

He first invented granola and then cornflakes as part of an anaphrodisiac diet.

It was intended to suppress sexual desire and lead Americans away from sin.

In the end, it was not the health or spiritual benefits that led to cereal’s popularity as a breakfast food.  It was convenience.

A lot of earlier breakfast cereals had to be slow cooked.  But the more popular ones were those that could be on the table and ready to eat with minimal prep time.

Manufacturers have since tried to increase market share by making them sweeter and, therefore, more addictive.  Stoke the sugar cravings, increase desire, and ensure return customers.

Cereal is still a popular part of our daily morning meal routine, especially for children. Look at Kellogg’s profits. The food giant made $1.4 billion dollars in profit in 2019 off its cereals and convenience foods.

But like with all deeply ingrained beliefs, many other food manufacturers and purveyors have jumped on the breakfast bandwagon, reinforcing the idea.

There are no studies which conclusively find that breakfast is the most important meal of the day.

Despite what we’ve been told for years, breakfast is not the most important meal of the day for weight loss or to prevent the onset of hunger.

A 2019 review published in the BMJ, British Medical Journal, suggests that all meals are created equal. It reports that there is no good evidence to support the idea that eating breakfast promotes weight loss or that skipping breakfast leads to weight gain.

The research also shows that you don’t have to eat a good breakfast in order to get a good, strong start to the day.  Nor does it stop you from getting hangry later in afternoon.

“We found that breakfast is not the most important time of the day to eat, even though that belief is really entrenched in our society and around the world,” says study co-author, Monash University professor and head of rheumatology at Alfred Hospital, Flavia Cicuttini.

“If you eat breakfast, you won’t metabolize [your food] better and you may still be hungry later on. If a person is trying to lose weight or manage their calorie intake there’s no evidence that changing their dietary plan to eat breakfast will help them.”

What if believing that breakfast is the most important meal of the day is just the result of being brainwashed by the food industry’s marketing strategies and slogans?

Whether you’re a breakfast eater or not, let’s talk about your big picture eating plan as you begin 2021.

This post has just scratched the surface of the topic of breakfast and breakfast foods.

Let’s take a deeper dive on what may be helpful for your unique weight loss plan.

Schedule your free Strategy Call with me by clicking right here.

Each day that passes without a clear vision and plan for your weight loss is another day lost to reaching the goal you really want.