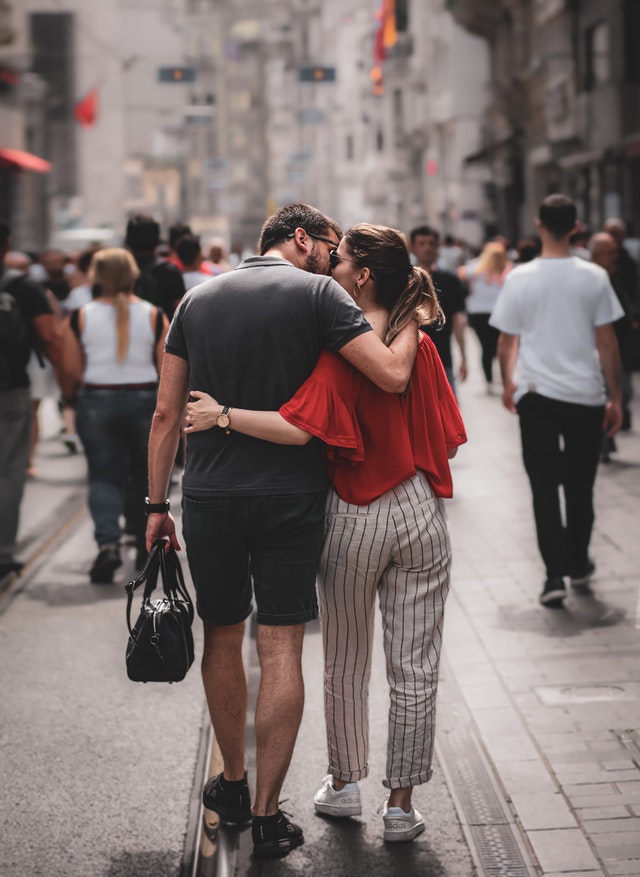 I’ve never spoken to anyone in a second marriage who isn’t seeking secure connection and intimacy.

I’ve also never spoken to anyone in a relationship at any stage who hasn’t resorted to at least one of these self-defeating default behaviors I’m writing about today which damage connection and intimacy.

I know you want to avoid falling into the trap of default responses to discomfort and conflict that wreak havoc on your marriage over time.

There are definitive, research based, no-doubt-about-it WRONG things you must stop doing in your relationship with your husband if you want to create a stronger more loving bond.

Marriage is the crucible that forges YOU and ME into US.

You’ve probably heard the old saying:  There is no I in T-E-A-M.

Creating a second marriage takes intentional work.  Each and every day.

Building caring and cooperation is challenging when each of you have long histories and first family traditions shared with other people important in your lives.  So many people, so many moving parts.

Second marriages come pre-programmed with many opportunities for discord and frustration.

However, when conflict arises, it’s entirely possible to disrupt the default cycle of blaming, shaming and fighting it out.

Responses to distress which increase the odds of inflicting irreparable damage on your relationship fall into 4 distinct categories.

Avoiding their negative impact is a sure-fire way to improve the odds of strengthening the “us” quotient in your relationship.

John Gottman, PhD, founder of the Gottman Institute, has done extensive research into the science of relationships.

Gottman is my marriage mentor and relationship superhero.  Spending time reading my blog posts quickly reveals my admiration for his work.

In his research, he has identified the four most damaging relationship behaviors.  He named them The Four Horsemen of the Apocalypse.

He picked this metaphor because it depicts the end of times in the New Testament.  In this parable, each one of the four horsemen describe an aspect of destruction:  conquest, war, hunger, and death.

Gottman recognized parallels in marital communication styles that, according to his research, can predict the oncoming demise of a relationship.

Let’s take a closer look at each one.

Criticism differs from complaints.  Think of it like this:

Criticism attacks the core of your partner’s character or personality.

In contrast, complaints focus on a specific event, situation or issue.  They express your feelings about how it affects you.  They also contain your request for future behavior, expressed as you would to a best friend who disappointed or irritated you.

Having complaints about your partner is a natural, normal in every relationship.  Voice your complaints with specificity.

While criticism attacks your husband’s character, contempt conveys the additional aspect of your moral superiority.

Expressing contempt 10x’s criticism’s negative impact because it demeans and belittles your partner.

RED LIGHT FLASHING WARNING:  Contempt is the single biggest predictor of divorce, according to Gottman.

In response to a question or a complaint, defensive responses attempt to excuse behavior.  Defensiveness is often the go-to response when you feel unjustly accused or attacked by your partner.

Defensiveness is a delicate response to dissect.

Sometimes, you are just trying to explain what happened from your point of view.  Trying to reason it out with your husband.  Trying to get him to see your side.

But at other times, you know you are in the wrong.

Maybe you did do what they say you did, or said what they claimed you said, or meant what they insisted you meant.

The real problem comes when you “reverse blame” your husband to make the issue his fault.

If you pressure your husband to back down or apologize, you short-circuit your ability to engage in constructive conflict management.  You prevent discovery of what each of you have contributed to the drama.

It helps to slow the domino effect in play.

Deep down, you may know you were in the wrong.

It helps to offer a response that shows you accept responsibility.  Admit whatever fault legitimately belongs to you, and explain your recognition and understanding of your partner’s perspective.

When criticism, contempt or defensiveness become too intense, stonewalling may be the only avenue left to try to stop your partner’s attack.

Once you’ve had enough and are so done with continuing the fight, you withdraw and shut down.

Your body language tells the story.

Your eyes may become vacant as you look upward toward the heavens.  Your arms may be crossed, your foot may be tapping, your facial expressions may convey boredom or disgust. You  may check your phone, act distracted, disinterested, or simply disengage by walking away.

All the body language described above in the section on contempt but multiplied.

Stonewalling is the FU of damaging behaviors.

It takes time for the negativity created by the first three horsemen to become overwhelming enough that stonewalling becomes an understandable “out,” but when it does, it frequently becomes a bad habit.

And unfortunately, stonewalling isn’t easy to stop. It is a result of feeling physiologically flooded, and when we stonewall, we may not even be in a physiological state where we can discuss things rationally.

If you feel like either of you are stonewalling during a conflict, it’s time to take a break.

No good will come of continuing to try to address the problem when your emotions are running red hot or your coping skills are depleted.

Next week, I’m going to tackle better options that improve the odds of strengthening the “us” quotient in your relationship.

But if you want to begin strengthening your relationship right now, let’s talk.

There are many tools and strategies I can share with you to start improving the quality of your relationship from day one.

Reach out to me right here.