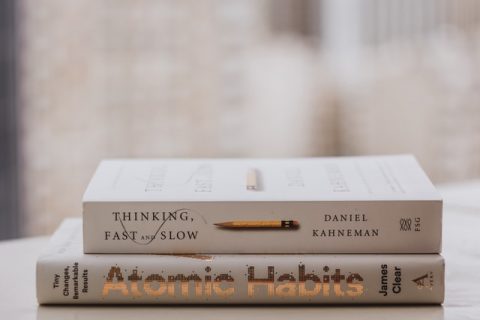 The results in your life are a reflection of your habits.

According to habit guru James Clear:

“Habits are the small decisions you make and actions you perform every day. According to researchers at Duke University, habits account for about 40 percent of our behaviors on any given day.

What you repeatedly do (i.e. what you spend time thinking about and doing each day) ultimately forms the person you are, the things you believe, and the personality that you portray.”

While our habits make us, we make our habits. That’s where our power to create shifts and even dramatic transformations lies.

The power of creating keystone habits.

Your keystone habits are those that all the habits in your life are built upon.  Think of them like the foundation of a house that supports all the floors that rise above it.

Without keystone habits, the structure we depend upon to make our lives run according to our dreams and goals can collapse in a heap of disappointing outcomes.

But, with an intentionally built foundation in place, we can more easily and efficiently reach our goals.

Your keystone habits support other routines that lead to a cascade of positive actions. They propel you forward with less effort than you’d have to expend if you had only willpower to rely upon.

The essential characteristics of Keystone Habits.

Keystone habits help you do the next “right thing” more easily.  They jump start a cascade of other behaviors you want to program into your subconscious mind.

They minimize decision fatigue and rest the willpower muscle.

Think about designing your environment so it’s easier to do what you want and harder to go astray.

Here are some simple characteristics of keystone habits that set them apart from the rest:

When you’re ready to undertake a big goal like weight loss, establishing and practicing a series of keystone habits bolsters and supports your efforts.

You’ll expend far less mental energy and be on your way toward your weight loss goal.

Keystone habits that set you up for weight loss success.

Here are some of the keystone habits that make it easier for me to stay on track in all areas of my own weight loss journey.  Especially since I’ve been in maintenance for over 2 1/2 years.

Visualization has been shown to support improved performance in all areas of your life. According to an article in Scientific American,

In fact, visualizing movement changes how our brain networks are organized, creating more connections among different regions. It stimulates brain regions involved in rehearsal of movement … priming the brain and body for action.

Habits of thought can support your efforts or undermine them.

Actively changing your mindset to root out negative thinking and cultivate a more helpful point of view changes EVERYTHING.

It can be as simple as focusing on what you can do, rather than on what you can’t or aren’t yet ready to do.  Then. thanks to that simple shift, you’ll be instructing your brain to seek evidence of all the ways you’re making choices to support your weight loss goals.

Now you’ve got a positive reinforcement loop running on repeat!

Creating keystone habits elevates your awareness and intention to the next level.

Let your keystone habits establish a solid foundation so you can layer on even more desirable habits.

I’d like to help you maximize your ability to create the keystone habits that support your weight loss goals.  And, equally as important, help you extinguish those habits which undermine your  good intentions.

Let’s talk about what’s possible for you.  Schedule your free Strategy call with me right here.