Where To From Here In Light Of The Black Lives Matter Protests? - It’s Never Too Late Coaching Skip to content

Where To From Here In Light Of The Black Lives Matter Protests? 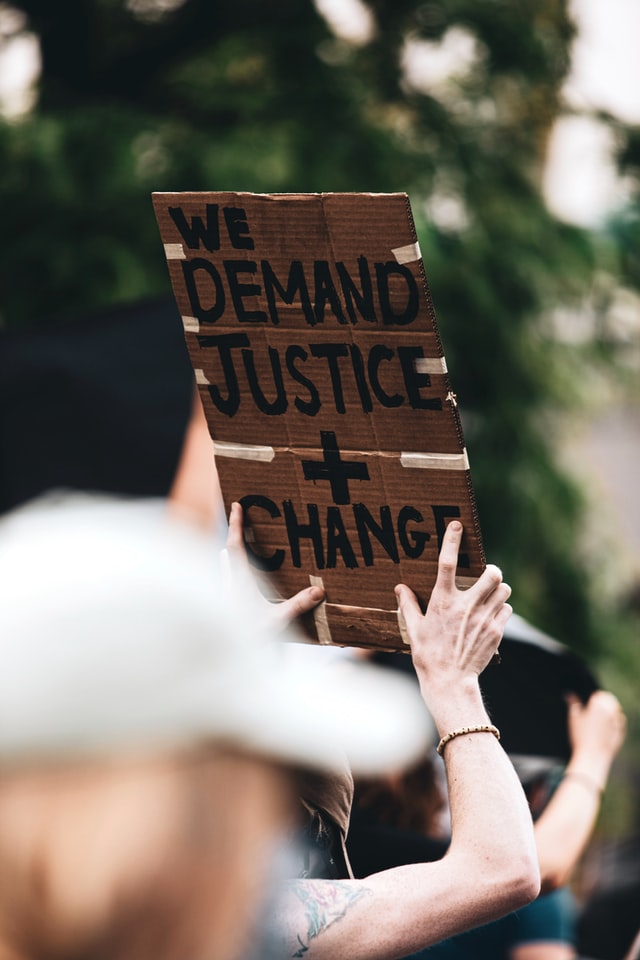 “Our only hope today lies in our ability to recapture the revolutionary spirit and go out into a sometimes hostile world declaring eternal hostility to poverty, racism, and militarism… We are now faced with the fact, my friends, that tomorrow is today. We are confronted with the fierce urgency of now.”

Martin Luther King, Jr.
“Every person of conscience can understand the rawness of the trauma people of color experience in this country, from the daily indignities to the extreme violence.”
Joe Biden, Presumptive Democratic Nominee for President

At the end of May, the indisputable cold-blooded murder of George Floyd shocked the nation.  Video capturing a Minneapolis police officer kneeling on his neck for over 8 minutes ignited a firestorm of outrage and demonstrations across America.

People from every walk of life exercised their constitutional right to gather in protest of police brutality against black men and women.

Their grief-stricken cries of “black lives matter” rang out across the land.

With unflinching determination and clarity, they marched and protested against centuries of systemic racism and all it’s evil spawn.

And then Friday night’s senseless killing of Rayshard Brooks in Atlanta poured more gasoline on the already raging fire of anger, anguish and despair.

His murder re-ignited the intensity of the demonstrations protesting racism following Floyd’s death.

The truth we can’t ignore.

The United States was founded on Systemic Racism.

Whether systemic racism is grossly obvious or insidiously subtle, it’s been part of our heritage since white men first set foot on our shores.

Their determination to conquer and subjugate native Americans continued unabated as they drove westward to claim the land for their European sovereigns.  White skin equaled divine superiority, an unquestioned elevated status conferred upon them by God.

Once the African slave traders delivered their human cargo to our shores, another under class of humanity was born.

Through the centuries, the legacy of systemic racism has contaminated socioeconomic and political spheres with equal virulence.

While the nature and effect of systemic racism has been widely investigated and reported upon, those who have suffered from it are those who, by and large, have protested to challenge and change it.

But now we have reached an inflection point.

The option to sit on the sidelines and watch others shoulder the responsibility for change is no longer one we can afford.

The cumulative outrage has exploded across all races.

We are experiencing a seismic shift in white people’s willingness to recognize and address the injustices perpetrated for centuries against Black and Indigenous People of Color (BIPOC).

The medical and socioeconomic devastation of COVID-19 has shocked the entire world into recognition of its vulnerability. Perhaps the global pandemic has opened our psyches to recognize our common humanity.

Couple that with the news coverage of the brutal murders of black Americans.

Next, couple that with the mounting evidence of the disproportionate effects the pandemic has had on BIPOC, and it’s no mystery why outrage and activism unite people of conscience.

And finally, couple all of that with outrage and disgust with how Donald Trump’s destructive dismantling of American institutions and safety nets is ruining our country at home and our reputation abroad.

All this has galvanized Americans’ intense and swift reaction.

Impassioned cries for justice and change are on everyone’s lips.

Americans all along the political and socioeconomic spectrum are ready to reject the status quo.

The reckonings they demand will change the course of history.

All signs point to the conclusion that this time something’s gotta give.

That there’s no going back to the way things were before.

News outlets are reporting non-stop on the many aspects of social injustice and systemic racism plaguing our nation.

Experts and pundits recount the impact and consequences of the many injustices endured by BIPOC.  And the necessary changes that, as individuals and a nation, we must make.

Social media feeds are ablaze with outrage and both heated and humble discussions of white privilege.

Listening and learning is the prelude to awareness and action.

Due to the insulation of white privilege, many of us still can not see or comprehend it’s wide-ranging effects on us.

Often we are blind to how our personal behavior, the justice system, our social and educational institutions, our political systems and our national culture has perpetuated centuries of implicit and explicit racism.

Little by little, we are obligated to develop a more nuanced awareness of how deeply ingrained racism is within each of us.

It is upon each of us to consider what we need to do, as a nation and as individuals, to address the societal ills that disproportionately discriminate against BIPOC.

How to become a credible ally.

It is necessary but not sufficient to consider yourself non-racist.

BIPOC bloggers, thought leaders and activists explain that to become a credible ally, we must become an anti-racist.

And to declare yourself an anti-racist, you have the obligation to become an ally.

And to become an ally, there is an expectation that you too will choose action rather than complacency.

How to be an anti-racist.

“The only way to undo racism is to consistently identify and describe it—and then dismantle it,” writes professor Ibram X. Kendi.

This is the essence of antiracism: that action that must follow both emotional and intellectual awareness of racism.

Kendi explores what an antiracist society might look like.  How we can play an active role in building it, and what being an antiracist in your own context might mean.

Check out this conversation with Ibram X. Kendi that was recorded during the 2019 Aspen Ideas Festival in Aspen, Colorado.

For more listening and learning, these voices speak truth to power too.

And read this letter to the Los Angeles Times from basketball legend Karim Abdul Jabbar.

Learn more about Bryan Stevenson, the founder and Executive Director of the Equal Justice Initiative, a human rights organization in Montgomery, Alabama.

How do you think about Black Lives Matter’s call to action?